Binary options rose to mainstream attention in the late 00s, but has existed much longer than that. Up until 1973, only closed markets for specially selected clients offered binary options. Today, we are used to being able to sign-up freely with a multitude of different binary option brokers online and start trading right away, but this was certainly not the case in the 20th century.

For many years, binary options were a semi-official investment product, utilized by banks and large institutional investors, as well as some high net-worth individuals who could demand tailor-made investment opportunities. Binary options were only available over-the-counter (OTC) and only for a selected few. If you know your FX trading history, you probably recognize the similarities here – foreign currency trading was also restricted to a very limite pool of players until deregulation took place (in 1997). 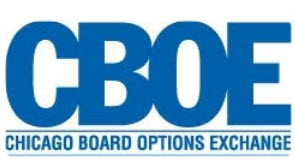 When the Chicago Board of Exchange (CBOE) opened its doors in 1973 it was a true trailblazer. For the first time ever, there was an exchange offering highly standardized stock option contracts for trade. The first day of trade on CBOE was April 26, in an homage to the Chicago Board of Trade which celebrated its 125th anniversary that day.

Gradually, CBOE began listing more and more options – and not just stock options. An option can be created with almost anything as the underlying. It wasn’t until 2008 however, that CBOE listed its first binary options. The reason for the long wait was legislative.

At this point, low-cost binary options had already began to spring up on independent and largely unregulated trading platforms online – catering to the needs of small scale retail investors. Some of these online ventures were serious, but there were also many scams.

In 2007, the Options Clearing Committee (OCC) in the United States proposed legislative changes that would classify binary options as financial assets that could be traded on their own in exchanges within the US. By early 2008, when the US economy had just entered into a recession due to the subprime crisis, the US Securities and Exchange Commission (SEC) accepted the OCC recommendations. It was now legal to trade binary options on exchanges as a stand-alone financial instrument.

The first exchange to act on the new rules was the American Stock Exchange (AMEX) where binary option trading commenced in May 2008. In June, CBOE followed suit.

The early days of exchange listed binary options in the US

Binary options began trading on both AMEX and CBOE in 2008, but that didn’t mean that they became easily accessable to the average small-scale hobby investor in the US. Also, the selection of available binary options were very meager compared to what was being offered by unregulated trading platforms online. If you wanted to buy binary options on CBOE, your only choice of underlying was the S&P 500.